The Victorian Racing Club, for their 2011 Spring Racing Carnival, contracted Christian Wagstaff to develop a theme for the major sponsor chalets and pagodas situated in the Birdcage at Flemington Race Course.

To achieve a realistic representation of ‘tents of the time’, the designer’s inspiration came from scenes in the glamorous 1964 film, The Yellow Rolls Royce, a theatrical stylised interpretation of Ascot Race Course in the United Kingdom.

The structures fashioned, used a range of different Lisos striped colours including grey, blue, red and yellow with white themes. Striped awnings with scalloped valances and striped fascia made from Sauleda Lisos acrylic fabric were incorporated into the design to resemble traditional tent structures.

The new styling of the Birdcage brought in a sophisticated and traditional racing element to the Spring Carnival. 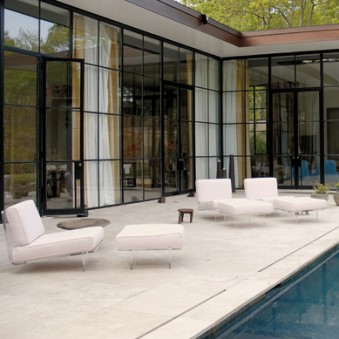